Southern Sudan’s long, painful journey to the birth of our new nation

Loading...
By Garang Kuot Kuot
Special to USAfricaonline.com
As the historic polling kicked off on that bright Sunday morning of January 9th, 2011, I could not help but recalled the wise words from two great Southern Sudanese Statesmen: Late Dr. John Garang and President Salva Kiir Mayardit.
In his speech on January 9th, 2005 during the signing of the Comprehensive Peace Agreement (CPA), Garang stated that the CPA: “will change the Sudan forever. Sudan cannot and will never be the same again as this peace agreement will engulf the country in democratic and fundamental transformations…”
This statement was equally echoed by H.E Salva Kiir Mayardit when he repeatedly reassured Southern Sudanese that the CPA was a vehicle without reverse gear.
Indeed, as I casted my historic vote on that 9th day of January, 2011, exactly six years after the signing of the CPA, I did not only realize that the Sudan will never be the same again but also that the CPA has indeed been a vehicle without reverse gear. Despite many challenges faced throughout the interim period, we have successfully reached the decision day during which we, the Southerners, will for the first time have an opportunity to freely decide our destiny.
It has truly been a long way coming for the people of Southern Sudan to realize their long cherished dream of self-identity and nationhood.
Indeed, a new nation is now born, congratulations to Southerners for finally joining the community of nations. Not many people would believe in 2005 that referendum would come to pass; however, history has proven such sceptics wrong.
Looking back at South Sudanese’s dark history, largely marred with death and destruction, one can only see a whole new meaning out of this once-in-a-life-time exercise.
The historic exercise has not only been about deciding and forging a new identity, but it has also been about reflecting and remembering millions of brave men and women who laid down their precious lives in the course of liberation struggle that began in Eastern Equatorian State Town of Torit in 1955.
We, Southerners, owe a lot to our heroes and heroines who paid the ultimate price in the course of half century long conflict between the North and the South and the only way Southerners can thank these heroines and heroines for their sacrifices is voting for separation which they overwhelmingly did during the just ended referendum.
Just to underscore this point, for example, the people of Aweil Town voted for separation at a rate of 99.75%.  On this historic occasion, therefore, we, the beneficiaries of hard won freedom, feel obliged to pay special tribute to millions of men and women of Southern Sudan who willingly and bravely gave up their dear lives in order to free us from long years of marginalization and oppression.
We must also seize the moment to congratulate the SPLM leadership for successfully guiding the liberation boat to the finishing line. Despite series of serious attempts by NCP and her allies to derail the CPA, the SPLM courageously and patiently remained on course until the completion of six years interim period. Congratulations SPLM and the people of Southern Sudan for your political and intellectual maturity.
SPLM leadership has proven the critics of Southern Sudan, most notably, the NCP, wrong. Prior to the signing of the CPA, the NCP notoriously painted a wrong image of Southern Sudanese at international arena, portraying them as not capable of ruling themselves. But six years of amazing successes by GOSS rendered such claims by NCP and her like-minded institutions invalid.
It is in fact worth pointing out that SPLM has politically dwarfed the NCP a million times. I belief courageous Southerners who have consistently criticized President Kiir and GOSS leadership for making some tough choices such as giving up on sovereign ministries to NCP during the formation of interim government will now seize the moment to apologize to the President and GOSS leadership. Had the President and his leadership not made some bold compromises, this referendum might not have been realized and a new nation would not have been born.
Finally, I have never dreamt that I will live to see this day come to pass especially after experiencing and surviving the horrors of bush life. The long journey has ended with a birth of a new nation for the people of Southern Sudan and a whole new journey fully of uncertainties is just beginning. As we embark on a difficult mission of building a new Nation State, let us always remember that our unity is of paramount importance. Together, we shall prevail.
Garang Kuot Kuot is the Secretary General for Northern Bahr El Ghazal State Council of Ministers and can be reached at nbgsgov@yahoo.com
————
Obama’s Africa agenda, our business and democracy. By Chido Nwangwu, Publisher of USAfricaonline.com and CLASS magazine and The Black Business Journal
https://usafricaonline.com/2009/07/07/chido-obamaafrica09/
———-
VIDEO of the CNN International broadcast/profile of USAfrica and CLASSmagazine Publisher Chido Nwangwu.  http://edition.cnn.com/video/#/video/international/2010/07/29/mpa.african.media.bk.a.cnn
See the October 17, 2001 special report/alert: Nigeria’s bin-Laden cheerleaders could ignite religious war, destabilize Africa. By USAfrica’s Publisher Chido Nwangwu.https://usafricaonline.com/chido.binladennigeria.html
http://www.google.com/search?client=safari&rls=en&q=USAfrica+Chido+Nwangwu+al-qaeda+terrrorism+nigeria&ie=UTF-8&oe=UTF-8
https://usafricaonline.com/tag/al-qaeda/
310 killed by Nigeria’s ‘talibans’ in Bauchi, Yobe n Maiduguri; crises escalate. USAfricaonline.com  on  July 28, 2009. 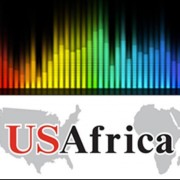 “The revolution must continue!” thunders Tunisia’s opposition leader as he returned home from exile

USAfrica: Buhari and Nigeria’s burden of Insecurity. By Chido Nwangwu