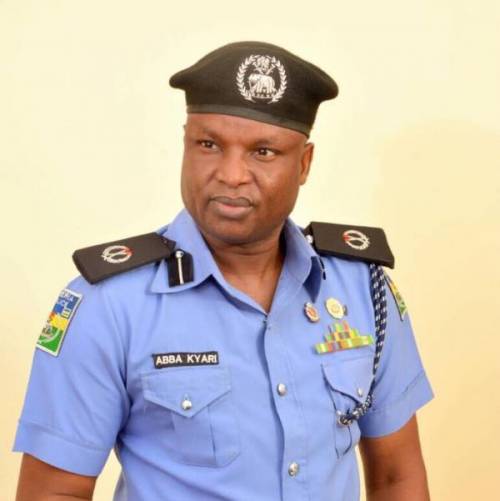 In Nigeria, unseen enemies are always doing their worst. They seem to have their eyes, this time, on Nigeria’s ‘most decorated’ policeman, Abba Kyari.

But are they? Or is Kyari his own worst enemy? Time will tell.

In the last couple of weeks, global news outlets have been awash with the story of Kyari, a Deputy Commissioner of Police, hitherto famous for catching notorious criminals, a reputation that earned him an enduring nickname, “Super Cop,” now standing accused of abusing his power to support a global fraud ring.

The story of Kyari typifies the grace to grass idiom. Worshipped, literally, at home as a god in police uniform by his numerous admirers, Kyari’s woes started overseas, disputing the Biblical wisdom of prophets not without honour except in their own country.

Back home in Nigeria, he had all the honour he craved for, becoming Head, Intelligence Response Team (IRT) of the Nigeria Police Force, and perhaps, on a good stead to becoming the country’s Inspector General of Police, someday.

But all that reputation hangs on the balance because Kyari has been indicted in a 64-page document attested to by Andrew John Innocenti, Special Agent, Federal Bureau of Investigation (FBI), before Hon. Patricia Donahue, U.S. Magistrate Judge, on February 12, 2021.

In turn, the Court has issued an arrest warrant on him.

Right now, he is a fugitive from the long arms of American law. And the American legal system does not forget. It is only a question of time.

On July 28, the Department of Justice, U.S. Attorney’s Office, Central District of California, released a one-page document titled, “Six indicted in international scheme to defraud Qatari school founder and then launder over $1 million in illicit proceeds.”

Kyari is one of the names in the infamous list that includes 37-year-old Ramon Olorunwa Abbas, alias “Ray Hushpuppi, an acclaimed international fraudster, who has already pleaded guilty, and his partner-in-crime, 40-year-old Kelly Chibuzo Vincent.

They were indicted by a U.S. federal grand jury for an alleged “elaborate scheme to steal more than $1.1 million” from a Qatari businessman attempting to finance the construction of a school for children in Qatar, and the subsequent laundering of illicit proceeds therefrom through bank accounts around the world.

It was a three-count indictment of conspiracy to commit wire fraud, conspiracy to engage in money laundering, and aggravated identity theft, which was unsealed in July.

Kyari is a victim of greed, not necessarily of his making. But he is an accessory-after-the-fact.

Ordinarily, even among thieves, there is, or should be honour; a code of conduct, which presupposes that they may neither steal from one another nor testify against themselves to the police.

Anytime this code is breached, it spells doom for the syndicate as it happened in this case.

When the sharing formula went awry, Vincent, shortchanged, allegedly contacted the victim to squeak and an enraged Hushpuppi beseeched his friend, Kyari, to help him exact a cold revenge. The “super cop” obliged.

Vincent was arrested by Kyari at Hushpuppi’s behest and clamped into detention. Not only that, he sent the detainee’s pictures to Hushpuppi in Dubai.

But the conspirators did not reckon with the Americans who arrested Hushpuppi in the United Arab Emirates and extradited him to the U.S.

As usual, the FBI investigation was top notch and Hushpuppi pleaded guilty to the charges in April.

The investigation report was damning, particularly for Kyari.

After he arrested Vincent at the behest of Hushpuppi, he sent him a text message: “He is in my Cell now.”

Beside himself with joy, the fraudster riposted: “I want him to go through serious beating of his life,” and the “super cop” had a hearty laugh. “Hahahaha,” he responded.

“Please sir, I want to spend money to send this boy to jail. Let him go for a very long time,” he further requested.

Kyari responded this time, according to the FBI by sending his “client,” Hushpuppi, a photo of Vincent in police cell.

The fraudster pledged enduring loyalty to Kyari. “Am really happy to be ur boy,” and later, “I promise to be a good boy to u sir.”

And for the “super cop’s” services, there was bountiful monetary reward.

Expectedly, the story has generated enormous interest, not only in Nigeria, but globally.

But three reactions were particularly instructive.

First was the reaction from the accused himself. Shortly after the news broke, Kyari took to the social media and flatly denied the allegation even as he admitted having a relationship with the international fraudster to the extent that he was running fashion errands for him.

When the news of his indictment broke, he tweeted: “Hahahaha, indicted where, How? On social media, abi…good luck to dem bad belle people waiting to see us arrested.”

When the Inspector General of Police, Usman Alkali Baba, ordered an internal review of the allegations against him, the “super cop” ridiculed his boss.

“Hahahahaha. This is the funniest one so far, we are enjoying the show,” he wrote on Facebook.

But he is no longer laughing. He has pulled down the Facebook post already shared by over 600 persons with over 4,000 comments.

On Tuesday evening, he edited his earlier post where he said Hushpuppi sent N300,000 for native clothes.

“Nobody demanded or collected any money from Abbas Hushpuppi. He can be interviewed publicly in the presence of the world media by the people holding him to confirm this,” Kyari wrote in the new post.”

The second significant intervention was by former Aviation Minister, Femi Fani-Kayode, who claimed that Kyari’s predicament was a deep conspiracy to destroy his career.

“I urge Abba to continue the good work he has been doing and not allow himself to be distracted by his numerous detractors. This is a deep conspiracy to destroy his career and it will not work,” he tweeted.

The third reaction was a statement by Arewa Youth Consultative Forum (AYCF), signed by the president, Yerima Shettima. The group dismissed the allegations against Kyari as “the attempted intimidation of a police officer right inside his independent fatherland,” warning the U.S. that “nothing must happen to him,” even as they insisted that the indictment was “totally unacceptable, a slap on the sensibility of our compatriots and a ridicule on one of our finest crack detectives.”

Kyari’s posts manifested the hubris that has characterised his actions as a police officer. He is a sacred cow, who saw himself as being above the law. And he was really above the law. The only reason why the Nigerian authorities suspended him and constituted a panel to probe the allegations is because the international community, especially the U.S., is involved.

He has done worse things in Nigeria without the authorities caring a hoot. Impunity is his middle name. As a policeman, Abba Kyari does as he wishes, not as the law dictates. He rides roughshod on anyone that crosses his path and innocent lives have been lost even as the Nigerian state pampers him.

If Nigerians paid enough attention before now, they would have since realised that the glittering Kyari is by no stretch of imagination gold. The tell-tale signs are there and Kyari provided most of the evidence himself, just like his high-value client, Hushpuppi, on the social media. But a people in perpetual search for a hero most often beatify villains without knowing it.

But this time, the Hushpuppi case has put not only him but also Nigeria in the global spotlight.

Abba Kyari was so assured that nothing will happen to him that he started living a very lavish lifestyle that was totally out of sync with his position and legitimate means.

Besides, the concluding part of the report was graphic.

“Approximately a month later, on February 19, 2020, Kyari sent a message to Abbas, saying, ‘Hello hush with [sic] need to talk about the subject under detention with me,’ the report narrated.

“Abbas asked, ‘Should I call u on this number sir?’ to which Kyari replied ‘Yes call me.’

“Abbas responded, ‘I don pity am, make them leave am from Tuesday.’ Kyari wrote, ‘Ok bro, they just brought him from hospital. The fever and the rashes is giving him serious wahala. He got the disease from other suspects in the cell.’

“Abbas responded, ‘I see am, I no too pity am. That’s what people like him deserve, but I go forgive am for God sake.’

“Abbas then said, ‘No problem sir from Tuesday he can go.”

“Kyari responded, ‘Ok bro. We will also keep his phone and other gadgets for some weeks.’ Abbas responded, “Yes those ones they should not give him again, those ones are gone . . . Make he no see those ones again for life.’

“Kyari responded, ‘Yes he will not see it again,” indicating that he would accede to Abbas’ request.”

This is Nigeria’s “super cop” taking instructions from an international felon for a fee.

This is the story of most victims of Kyari’s “anti-crime” exploits.

Arewa youths manifested the idiocy that has kept the country down by their reaction.

Is Abba Kyari guilty? No! Not yet. But he has to prove his innocence.

He has a once in a lifetime opportunity to be the idol he has always craved to be by confronting his accusers.

If he does that, he will not only be celebrated forever as a “super cop,” he will shame his enemies who his friends, like Fani-Kayode and Arewa youths, claim are working very hard to rubbish his hard-earned reputation.

The world is watching and waiting.

United States authorities say a body discovered Sunday in Wyoming is believed to be Gabrielle “Gabby” Petito. The FBI said the body was found by...