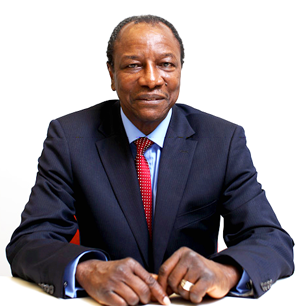 “I am personally following the situation in Guinea very closely. I strongly condemn any takeover of the government by force of the gun and call for the immediate release of President Alpha Conde,” Guterres said.

United Nations Secretary-General Antonio Guterres has condemned the ouster of the democratically elected president Alpha Conde by the soldiers on Sunday. The takeover of the government came after heavy gunfire at the capital Conakry, where the president’s palace is located at.

The takeover of the government came after heavy gunfire at the capital Conakry, where the president’s palace is located at.

Hours later, the president was seen in a viral video being surrounded by the military, who later announced the dissolution of the country’s constitution and the government.

Guterres said that he is concerned with the current situation in Guinea, calling for the immediate release of President Conde.

Conde was serving his third term in office following a win last year, which saw protests across the country.

So far, the soldiers who staged the takeover have announced that they will form an inclusive transitional government. ref: wire/agencies