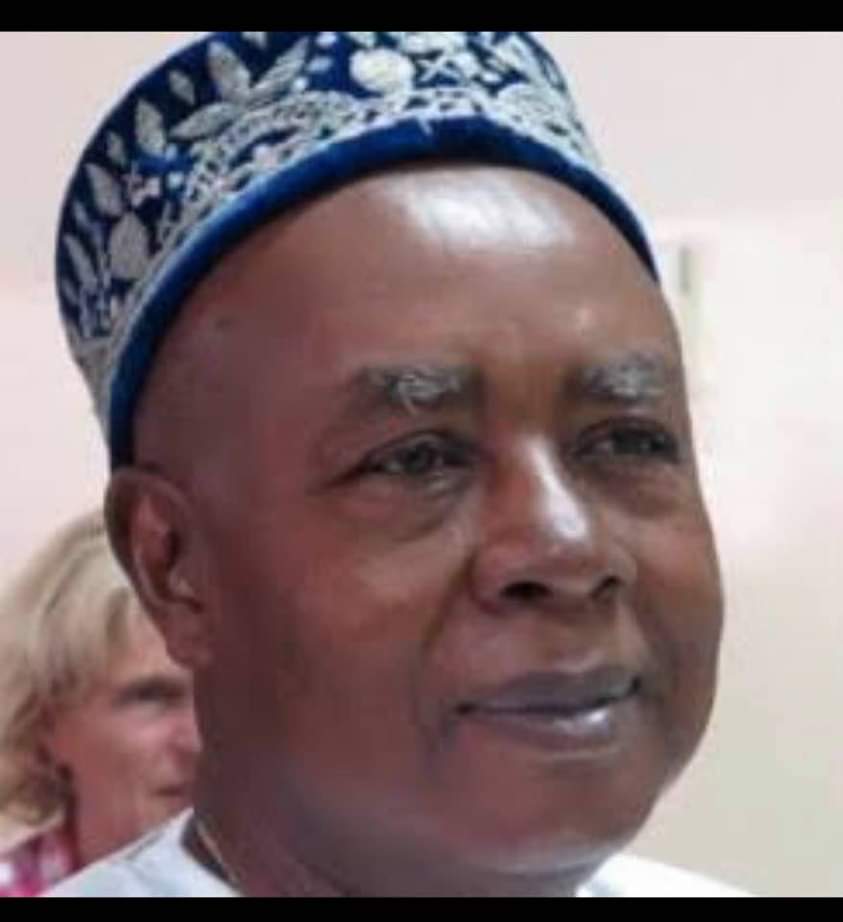 Abdulaziz Chivuzo Ude, footprints of the multimedia mogul and philanthropist. By Chido Nwangwu

The death this mid-September 2021 of Abdulaziz Chivuzo Ude, multimedia executive, business mogul and philanthropist is, certainly, another major passing of an empowerment pillar, global educator and media heavyweight!

He lived his prime and senior life embracing and hoping and working towards an inclusive Nigeria.

He always chose hope and engagement over fear and anomie. He was a first class intellectual and very accomplished in various spheres of life.

He held the professional and personal friendships of personages such as the great Ugonabo Chinua Achebe, my mentor.

Abdulaziz excelled at Oxford in England and Columbia University in the United States; where he made new friends and expanded his network

In New York, he deployed his intellect, influence and editorship at the American publishing powerhouse,  Double Day, to attract several African American and African-based heavy hitters in literature, history, cultural studies and political science.  It extended to his own Nok publishing company.

I did not have a direct relationship with Alhaji Ude but impacted by his visionary engagement with a few, vital persons who made a difference in my quest to do better!

Almost 4 months before the conclusion of my NYSC (National Youth Service Corps) at the NASE unit of the 32nd Armoured Division of the Nigerian Army in the Sobi cantonment, after graduation from the University of Nigeria, Nsukka (UNN), I was given an opportunity to work for an arm of his corporation, The Financial Post, in  1988.

Ashikiwe Adione-Egom, the inimitable self-styled “motor park economist”, was its iconic Publisher — at the time.

The Financial Post was new but the most compelling and incisive business publication in Nigeria’s media market.

There were several employment options for me.

Especially, when my cousin, Kenneth Orji, former General Manager of the DiamondBank Nigeria, referred me to meet the distinguished but now late Dr. Stanley Macebuh.

At the time,  Dr. Macebuh was the Managing Director & Editor in chief of The Guardian.

After a brief conversation, he recommended and sent me to Nigeria’s former presidential adviser on politics, Dr. Chuba Okadigbo, who persuaded me to work with him on the ‘Africa and the World journal’ and be a foundation editorial staff of his (at the time) yet-to-launch news and informed insights magazine, Platform.

Chuba stressed the point that he could not match the offers from Abdulaziz Ude’s network and others,. But, “Chido, you will learn a lot from me — much  more than money can pay for! I can tell after spending and exchanging ideas here with you for almost 3 hours, you’re very knowledgeable….”

I chose to work for the Professor of philosophy and until his death one of the foremost political strategists of his time.  I did learn quite a lot!

Later, I also learned that the same Abdulaziz Ude injected some funds into Chuba’s media project. Just like the man did in many places to support talent and the robust but constructive exchange of ideas and solutions for the improvement of mankind — across the African continent, the United States and Europe, primarily. He funded the Chic magazine edited by one of the world’s most prolific and creative masters, Eddie Iroh. Eddie briefly wrote a column for USAfrica The Newspaper and USAfricaonline.com

Ude was also on the board of Newswatch, the most popular magazine in  1980s Nigeria.

He’s from Abor, in Udi LGA of Enugu State. He was born on September 30, 1940 and reported to have died on Thursday, September 16, 2021. He has been buried according to Islamic rites.

It is important to note that he did not carry his religious faith like a  sword of Damocles over the heads of those who did not, like him, convert from Christianity to Islam. He believed, from my inquiries, in peaceful coexistence.

Overall, the intellectually sophisticated billionaire businessman has left indelible footprints in the sands of time!

The rest as, they say, is history….

*Dr. Chido Nwangwu, the author of the forthcoming book, MLK, Mandela & Achebe: Power, Leadership and Identity, serves as Founder & Publisher of the first African-owned, U.S-based newspaper on the internet, USAfricaonline.com, and established USAfrica in 1992 in Houston. He has appeared as an analyst on CNN and SKYnews. He served as an adviser on Africa business to Houston’s former Mayor Lee Brown.  @Chido247

Dr. Chidi Amuta is Executive Editor of USAfricaonline.com and USAfrica magazine (Houston) – since 1993 At home, political mischief has found a hiding place...

Nigerian police officers fired tear gas at protesters in Lagos, the country’s largest city, as they tried to disperse hundreds of people demonstrating against...

Nigerian officials have announced a successful sting operation that captured cocaine being smuggled aboard a bulker sailing in Nigerian waters. Nigeria has increased its...

USAfrica: Violence and risks of the East’s descent into anarchy. By Chidi Amuta