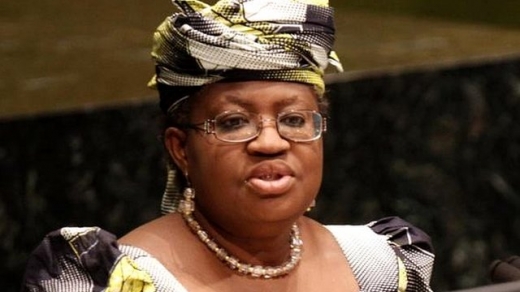 The developing countries especially African and a few Latin American countries rallied behind Okonjo-Iweala to mount a major and significant challenge to the massive clout of U.S and Europe in picking the leader of the global bank. USAfricaonline.com recalls that on March 23, 2012, U.S president Barack Obama nominated the public health expert Kim to replace current World Bank president Robert Zoellick, an American.

A few hours before the voting and selection, Dr. Okonjo-Iweala criticized the process, noting: “You know this thing is not really being decided on merit…. It is voting with political weight and shares, and therefore the United States will get it.” She was a managing director of the World Bank.
She told reporters in Abuja that the impact of her candidacy is that “Who gets to run the World Bank – we have shown we can contest this thing and Africa can produce people capable of running the entire architecture.”

Similarly, in a post-selection statement, the World Bank said: “We, the executive directors,

wish to express our deep appreciation to all the nominees, Jim Yong Kim, José Antonio Ocampo and Ngozi Okonjo-Iweala. Their candidacies enriched the discussion of the role of the president and of the World Bank group’s future direction. The final nominees received support from different member countries, which reflected the high calibre of the candidates. We all look forward to working with Dr. Kim when he assumes his responsibilities.”

A few days before the election, the influential magazine The Economist argued that: “When economists from the World Bank visit poor countries to dispense cash and advice, they routinely tell governments to reject cronyism and fill each important job with the best candidate available. It is good advice. The World Bank should take it. In appointing its next president, the bank’s board should reject the nominee of its most influential shareholder, America, and pick Nigeria’s Ngozi Okonjo-Iweala.”

USAfrica notes that with the 57-years old Okonjo-Iweala’s candidacy, the ancient process and prior assumptions at the leadership of the World Bank are being effectively challenged and changed, symbolically and substantially — even amidst the reality of U.S power and influence in economics, money and politics.

Special to USAfricaonline.com and USAfrica magazine, Houston The appearance of two versions (across the social media) for the cover of the digital edition of...