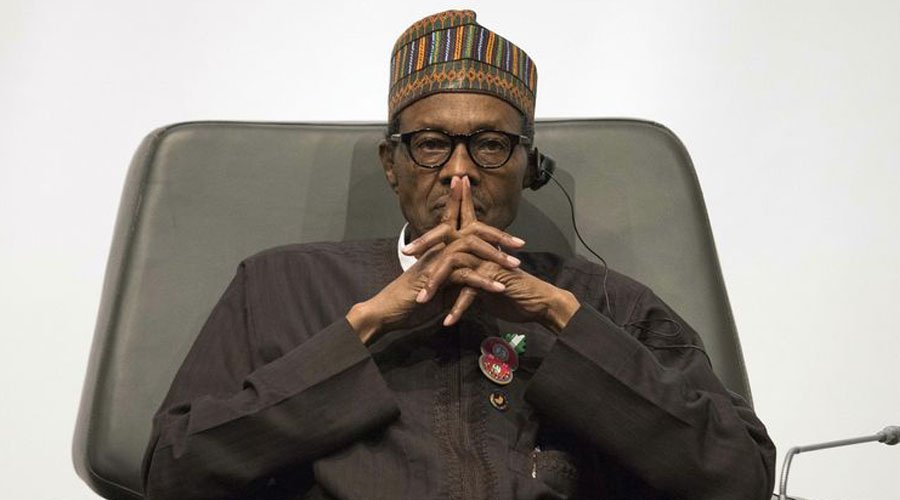 The influential magazine, Foreign Policy, established since 1970, first reported on July 27, 2021 that some U.S. lawmakers are holding-up a proposed sale of the attack helicopters to Nigeria due to “mounting concerns about the Nigerian government’s human rights record as its military grapples with multiple security crises at once.”

Operationally, that position is bipartisan. Consequently, the top Democrat and Republican on the Senate Foreign Relations Committee have “delayed clearing a proposed sale of 12 AH-1 Cobra attack helicopters and accompanying defense systems to the Nigerian military, pausing a deal worth some $875 million.”
The FP adds that the behind-the-scenes controversy over the proposed arms sale illustrates a broader debate among Washington policymakers over how to balance national security with human rights objectives.”

Also, it is important to note that the powerful U.S. lawmakers want “to push the Biden administration to rethink U.S. relations with Africa’s most populous country amid overarching concerns that Nigerian President Muhammadu Buhari is drifting toward authoritarianism….”
Until the past few weeks, even in the face of brutal and steamy evidences and actions unacceptable to democratic societies, the multiple autocratic overreach by Buhari, a retired General who led the overthrow of a democratically-elected government of Nigeria in December 1983 (of President Shehu Shagari and VP Alex Ekwueme). In fact, as a matter of law, the overthrow offer any democratically elected government in Nigeria is a treasonable offense! But as we all know and have seen Nigeria is a country where impunity and raw power determine who is right however briefly the intoxication of power might be!

Essentially, for these giddy, corrupt folks who, in amusing religious piety drenched in sheer hypocrisy and unrelenting condescensions toward the truly hard-working folks, it’s their say of finality who should govern — after they decide when and especially If….

It does not matter what those who daily, wake up before the cock crows at dawn, to trade and create and toil and hustle until that son or daughter of a plantain hawker, gari distributor or groundnut seller graduates as a software coding engineer, or graduates as a zoologist, like Dr. Goodluck Jonathan, who served, almost, as a reluctant President. He was uncomfortable with deploying power in the face of potential complications and problems. Dr. Jonathan wanted to get along with everybody, and was afraid of Buhari’s threats during the election campaigns. Now; here we are!

Sadly, the same divide-and-rule power mongers from the far “north” and their pawns in the “south” want to mislead and ruin his reputation by pushing and calling on him to run again as president of Nigeria after a controversial and certainly corrupt Presidency!

Evidently, the goal is to divide the unity of those who insist that for equity and proven competence and capacity that the Igbo geo-political zone should get the consensus harmonization to bring forth the next president of Nigeria in 2023!
It is Not the same distortion of what has been spun as an “Igbo president/presidency.”

An Igbo as president will be drawing from the wells of equity and because of proven capacity and identifiable investments and residences in the Nigeria project, otherwise, it will prove IPOB saw the game…, ahead.

Foreign Policy magazine points, too, to the fact that Buhari’s “government is besieged by multiple security challenges, including a jihadist insurgency.
Nigeria is on the front lines in the battle against Boko Haram, one of the world’s deadliest terrorist groups, and plays a role in U.S. and international efforts to roll back extremist groups in the Sahel region of West Africa. But Western governments and international human rights organizations have ramped up their criticisms of the Nigerian government, particularly in the wake of its ban on Twitter, systemic corruption issues, and the Nigerian military’s role in deadly crackdowns on protesters after widespread demonstrations against police brutality last year.”

Buhari governed as a military dictator in the 1980s and imposes that same temperamental fuse and shortness of spirit to issue which, necessarily, must allow a thousand flowers to bloom! His henchmen and agencies of security and enforcement traumatize those who disagree with his nepotistic, insular, inadequate and, it must be said, incompetent composition of the majority of appointments, tedious limiting of the rights of Nigerians.

Without any doubt, retired Gen. Buhari continues to deal with Nigerians in a manner that is reflective his instinctive disdain and disregard for freedom of expressions and diversity in the composition of the covenants, protocols and representational givens of any modern, multiethnic country.
Will Biden, the U.S Senate and Congress awaken to the realistic events inside Nigeria or dull through What has become a choice between a loaded, potential catastrophe or a titanic struggle for a perilous redemption?         *Dr. Chido Nwangwu, the author of the forthcoming 2021 book, MLK, Mandela & Achebe: Power, Leadership and Identity, serves as Founder & Publisher of the first African-owned, U.S-based newspaper on the internet, USAfricaonline.com, and established USAfrica in 1992 in Houston. He is recipient  of several public policy and journalism excellence honors, civic engagement  and community empowerment awards and has appeared as an analyst on CNN and SKYnews. He served as an adviser on Africa business to Houston’s former Mayor Lee Brown.  @Chido247