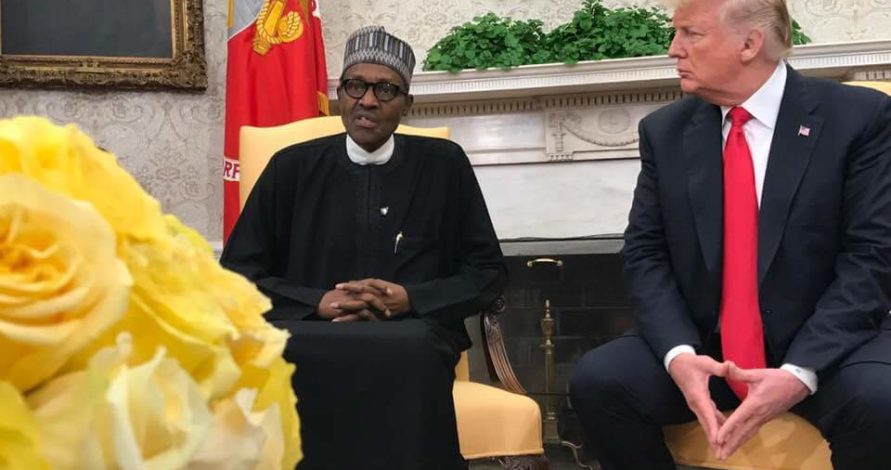 Just when you thought the man would have learned a good thing or two from his divisive actions and spoken words of incitement — especially towards the end of his presidency, he insists on offering more bad example.

Only three days ago, from his palatial residence in Florida, Donald J. Trump, former President of the United States who also has the dubious place in history as the first president to be impeached twice, on Tuesday announced his support of the Nigerian government’s decision to “indefinitely” block and ban access to Twitter.

“Congratulations to the country of Nigeria, who just banned Twitter because they banned their President.” And, as usual posting factually false and misleading information online on an issue happening before our eyes. We are all digital witnesses!

First of all, it is important to note that Twitter did not ban the President of Nigeria from the social media giant’s microblogging platform. Specifically, it deleted a tweet by Nigeria’s leader and former military dictator, Muhammadu Buhari, for violating Twitter rules against, posting and sharing tweets which reflect “behavior” such as “Threaten violence against an individual or a group of people; engage in the targeted harassment of someone, or incite other people to do so; nor promote violence against, threaten, or harass other people on the basis of race, ethnicity, national origin, caste, sexual orientation, gender, gender identity, religious affiliation, age, disability, or serious disease.”

Twitter suspended President Buhari’s account for 12 hours. Buhari warned on Tuesday June 1, that “Those of us in the fields for 30 months, who went through the war, will treat them in the language they understand.” It was a targeted, chilling and deliberate reference to young activists and agitators, primarily, in the east central/south eastern part of Nigeria.

On the other hand, Trump was hit with a permanent ban from Twitter following his litany of offensive, racially demeaning posts, crude retweets and especially the physical, deadly exemplification of his incendiary remarks a few hours earlier which led up to the right-wing insurrection and violent attacks of January 6, 2021 at the US Capitol, a symbol of American power, influence and democracy.

Let me remind you, on Wednesday June 3, 2020, James Norman Mattis, United States Marine Corps retired General, who served him as the 26th US Secretary of Defense from January 2017 to January 2019, reflected with profound disappointment the Trump White House insensitive, divisive and unworthy handling of the brutal, installment murder of another non-confrontational Black man, George Floyd and made it clear: “Donald Trump is the first president in my lifetime who does not try to unite the American people—does not even pretend to try. Instead, he tries to divide us.”

Meanwhile, Facebook extended its ban on the polarizing political and social heavyweight until, at least, January 7, 2023. Facebook retains the power to extend it. He has since dismissed

Facebook’s decision as “an insult to the record-setting 75M people, plus many others, who voted for us in the 2020 Rigged Presidential Election…. More countries should ban Twitter and Facebook for not allowing free and open speech—all voices should be heard.”

Remarkably, while the world is going, irreversibly towards the direction of more open societies, Trump and  his fellow travelers are focused on banning Twitter and other social media platforms. It is so anachronistic! Meanwhile, Twitter has said “We are deeply concerned by the blocking of Twitter in Nigeria. Access to the free and #OpenInternet is an essential human right in modern society. We will work to restore access for all those in Nigeria who rely on Twitter to communicate and connect with the world.”

I hope the security-challenged Buhari presidency and the Nigerian government do not get misled by Mr. Trump’s cynical “support” and jeremiad about Twitter and Facebook.

Since when did Trump stop thinking and characterizing Nigeria as part of the African confederation of “sxxt-hole” countries? When he wants to fight Twitter for his self interest?

Or, may be, just this period his Republican minions are giddily enacting and rushing legislations to undermine the rights and access of African-American voters?

*Dr. Chido Nwangwu, author of of the forthcoming 2021 book, MLK, Mandela & Achebe: Power, Leadership and Identity,  serves as Founder & Publisher of the first African-owned, U.S-based newspaper on the internet, USAfricaonline.com, and established USAfrica in 1992 in Houston. He has appeared as an analyst on CNN, SKY-news, SABC, VOA; served as an adviser on Africa business to Houston’s former Mayor Lee Brown.  @Chido247

USAfrica: After the U.S exit, what next, the Taliban? By Stanley Onyewuchi

My heart bleeds for innocent Afghanis, particularly, progressive women and children, who are still being terrorized by the Taliban loyalists and fierce looking commanders.