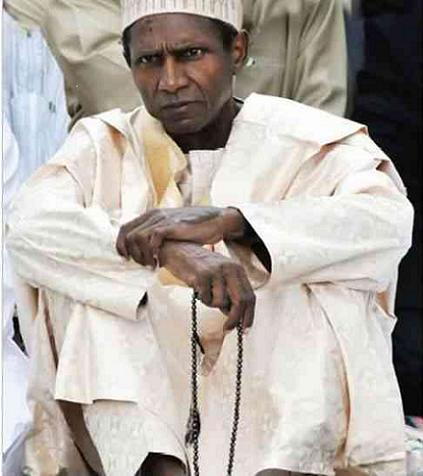 Special to USAfricaonline.com and the USAfrica e-group Nigeria360

The website WikiLeaks has leaked further information regarding the corrupt dealings and illegal sales of oil at the Nigerian National Petroleum Corporation by its former Group Managing Director Engr. Yar’Adua (no relation of the former, late President Yar’Adua), Shell Oil’s pervasive and overwhelming influence inside Nigeria’s government and the alleged demand for millions in bribe money by Nigeria’s attorney-general Aondoakaa.

USDOE FOR GEORGE PERSON AND CHAYLOCK

an update on problems in the oil and gas sector. Pickard said that

things were going from bad to worse, especially the security

situation. She said that Nigeria now had one of the highest negative

ratings for maritime operations, creating problems for Shell in

hiring oil tankers to load, as tanker operators will work only under

highly selective conditions. Last year there were about 80 piracy

attacks on land and water combined. This year already 15 have been

tallied, which includes 3 for Shell and 3 for Exxon. On corruption,

Pickard said that Nigerian entities control the lifting of many oil

cargoes and there are some “very interesting” people lifting oil.

also reported an instance of the Attorney General Aondoakaa allegedly

soliciting a $20 million bribe to sign a document. The International

Oil Companies (IOC) are quite concerned about the “very flawed” new

and U.K. COMs to convey points on the bill to GON policymakers.

Pickard agreed that the President’s health is a guessing game. She

said that in her recent meetings with Yar’Auda he seems alert, though

very drawn in the face, thin, and frail. Her information is that the

President was not in danger of dying soon, but also was unlikely to

ever fully recover from his ailments. (Note: see septel on oil/energy

with the Ambassador on January 27, 2009 in Abuja and provided an

update on problems in the oil and gas sector. Pickard reported that

Lukman scheduled for earlier that day had been cancelled; the third

week in a row where key appointments had fallen through, with the

excuse of being summoned to the Presidential Villa. (Note: Emboffs

have observed that meetings with ministers and senior staff are

indeed often cancelled with the explanation that they have been

FROM BAD TO WORSE

¶3. (C) The Ambassador took the opportunity to share with Pickard that

asked Pickard where she thought Nigeria was headed. Pickard said that

things were going from bad to worse, especially in terms of security.

She said that Nigeria now had the highest negative rating for

to load; tankers will work only under highly selective conditions.

She also noted that late on the evening of Saturday January 17,

Standard procedure on the tanker was followed: the ship went into

immediate lock down; there were no injuries or fatalities from the

boarding. The eight Nigerian crew members who were taken hostage were

later released. The pirates who went through the sections of the

boat to which they were able to gain access, smashing and stealing

computers, electronics, and personal items of the crew members. The

Calabar. Last year there were about 80 incidents of piracy; this

year already 15 had been tallied, which includes 3 for Shell and 3

continues to climb she concluded. [Note: The International Maritime

Bureau (IMB), a division of the International Chamber of Commerce –

(Nigeria) remain the second worst, with 40 incidents in 2008 to the

Horn of Africa (Somalia) with 42 recorded incidents. The IMB notes

patrol to ensure the safety and security of vessels. The same

increased security is not expected for Nigeria in 2009. End Note]

¶4. (S/NF) The Ambassador asked what Shell’s thoughts were on any

potential for a coup. Pickard answered that there is little

potential for one. Pickard then went on to say that corruption in

the oil sector was worsening by the day. The Ambassador asked for a

lifting of many oil cargoes and there are some “very interesting”

people lifting oil (People, she said that were not even in the

industry). As an example she said that oil buyers would pay Nigerian

bribes, millions of dollars per tanker, to lift oil. The IOCs

not have the same opportunity for illicit gain. Pickard also said a

a document only if the visitor paid $2 million immediately and

another $18 million the next day.

¶5. (C) Pickard reported that Shell, Exxon-Mobil and Chevron all have

big license review disputes with the GON. Shell has taken its

dispute to court and the court is supporting Shell’s position.

According to her, Shell is stepping back for the moment, however, to

see how the other two majors negotiation fair, but is not taking its

case out of court yet. The IOCs are quite concerned about the “very

flawed” new petroleum sector energy bill. The bill is silent on what

fiscal regimes would be applied. Shell says that the bill could

licenses and prohibiting exploring both oil and gas from the same

source, which would contradict how oil and gas extraction works in

practice. The bill is silent on joint ventures; it just states that

NNPC will be incorporated. Pickard said the bill was “likely to sail

through.” The IOCs will be asking U.S., Dutch and U.K. COMs to

convey points on the bill to GON policymakers. (Note: Pickard

mentioned that the IOCs will not share company information directly;

they will hire consultants, like McKinsey, to produce common themes

first oil to flow, another 10 years of production to begin to break

even. These numbers change when oil is $40 per barrel instead of $100

per barrel. Hence, a five year license would not be an incentive for

¶6. (C) The Ambassador said that the Mission was looking at

performance measures for the economy, i.e. the linkage between the

Ambassador shared that the Mission feels strongly that gas for

feedstock is the key to Nigeria’s power production, which is only

about 2,800 average megawatts for a country of 140 million people.

Pickard agreed and added that the U.S. got it wrong on its domestic

natural gas policies, which it took over 20 years to sort out. So it

is not surprising that Nigeria has it wrong at this point. She said

there is not adequate infrastructure for gas. Gathering plants and

were located where there is no gas and no infrastructure. In

addition, the international oil companies were coerced into building

a power plant each, something they have no expertise in, and they are

scrambling to deliver gas to these plants.

YAR’AUDA VACATION IS PERHAPS SOMETHING ELSE

¶7. (S/NF) Pickard agreed that the President’s health is a guessing

game. She said that in her recent meetings with Yar’Auda he seems

alert but drawn in the face and frail. She reported that a Julius

including planes for the President and has reportedly flown in

doctors and technicians to attend the President (reftel). She said,

for instance, that her Berger contact confided that they flew the

President from Germany to Saudi in September 2008. Additionally, the

Berger contact thought the President would not return to the Villa

offices, as they were moving the President’s personal things out of

the Villa. (Note: What we think this means is that Yar’Adua is

HOPES THAT OIL NATIONALISM CAN BE TEMPERED

¶8. (C) The Ambassador asked how comfortable Shell was with the new

appointment of Dr. Rilwanu Lukman as Minister of Petroleum Resources,

and the appointment of Mohammad Sanusi Barkindo as the new NNPC GMD.

Pickard sees the nationalism card cooling with the removal of former

NNPC GMD Yar’Adua, given that new Minister of Petroleum Lukman is

more “pragmatic” and will hold sway over deputy Minister Ajumogobia.

(Note: Ajumogobia’s technical assistant told EconOff in a meeting on

January 14, 2009 that the State Minister was focusing on Gas, since

before the mass cabinet change he was State Minster of Petroleum,

with a separate State Minster for Gas.) End Note. She said she was

also okay with NNPC chief Barkindo. She has worked with Barkindo

several times over the past few decades, especially when they were

technical delegation to climate change negotiations that produced the

various times. She indicated that although his undergraduate studies

were in political science, he obtained his MBA from Southeastern

University in Washington DC and did postgraduate work in petroleum

economics and management at Oxford University. Although she also said

he could be steered in the right direction on the petroleum sector.

are going in the maritime security, oil sector legislation, and

corruption which affects Shell’s bottom line, it was useful to hear

that she has hopes for the new Petroleum Minister and NNPC chief.

Septel on the Ambassador’s meeting with new Petroleum Minister Lukman

will address many of these same issues.

¶10. (U) This cable was coordinated with Consulate Lagos. SANDERS

USAfrica and USAfricaonline.com (characterized by The New York Times as the  most influential African-owned, U.S-based multimedia networks) established May 1992, our first edition of USAfrica magazine was published August 1993; USAfrica The Newspaper on May 11, 1994; CLASSmagazine on May 2, 2003; www.PhotoWorks.TVin 2005.

USAfrica: Why return of the Taliban to power is cause for concern. By Chidi Amuta

Dr. Chidi Amuta is Executive Editor of USAfrica magazine and USAfricaonline.com When a great army retreats in stampede, a cascade of misfortunes often follow....

How can the federal government alone have shares in the only viable milk industry of Nigeria, to the total exclusion of the other three...

Nigeria expects to lift Twitter ban by end of  2021

By Karin Strohecker and Libby Georg (Reuters). Nigeria expects to lift its ban on Twitter before the end of the year, Information Minister Lai Mohammed...