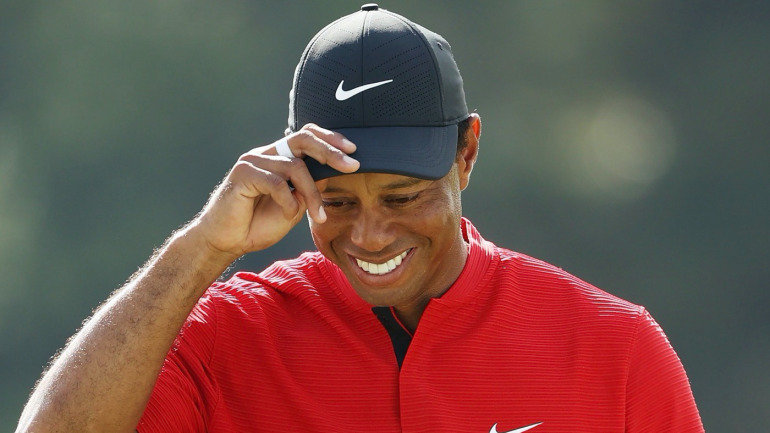 By Chido Nwangwu
Founder & Publisher of USAfricaonline.com and USAfrica magazine

In my assessment and millions of others around the world, Tiger Woods is easily the world’s greatest golf personality. He catapulted this game of privilege to a popular, admirable sport. His compelling execution of strategy and deployment of his massive skills shifted the game from the perception of boring and repetitive to become one of high interest for younger folks, men and women of different economic and social strata.

Tiger, as the 45-years old transformative, game-changing player is affectionately and properly called, is a 15-time major champion and winner of a record-tying 82 PGA Tour tournaments. And, boat loads of millions of dollars; and a truck load of controversies which emerge with the revelation of serial dalliances with women while he was married.

The genius of golf had a very dangerous single-person car accident, near Los Angeles on Tuesday, February 23, 2021; for which he went into hours of emergency surgery to repair what doctors called “significant orthopaedic injuries” to his lower right leg and ankle. His agent, Mark Steinberg, revealed Tiger had “multiple leg injuries.”

Dr. Anish Mahajan, the chief medical officer and interim CEO of Harbor-UCLA Medical Center, said Woods suffered “comminuted” open fractures — bones that were broken into more than two pieces and with breaks in the skin.

The surgeons inserted a rod into the tibia of Woods’ right leg, and a combination of screws and pins to stabilize injuries to his foot and ankle.  The good news is that Tiger is “responsive, and recovering.”The bottomline, though, is that the extent and impact of the injuries will sideline him from the top billing as golf’s show stopper. The Tiger’s golf game, substantially, is over!

I wish him speedy and steady recovery

I believe it was in June 2001 that I saw Tiger’s (now late) father, Earl Woods, on ESPN tv recall the day his son met South Africa’s former president, late Nelson Mandela: “it was the first time Tiger met a human being who was equal to him, who was as powerful as Tiger is.” Hello!? Tiger “equal to” Mandela? Nonsense! I’ve also also met  and seen Mandela.

Tiger Woods can hit a golf ball, alright, but he probably does not know (or relatively do much) about the fact that millions of kids of African heritage, White kids and, in fact, among those of his ‘Cablinasian’ heritage go to bed hungry, everyday. Those kids whose parents can afford it, see him on cereals packages. So much for his impact on their lives; or shall I say, at the breakfast table.

Tiger Woods does not show a significant measure of social concern and progressive values to merit this “equal to Mandela” drivel. To say the least, Earl Woods engaged in a scandalous abuse of analogy.

I agree that that Tiger Woods is a great sports personality, but to bring a one-on-one measure of the young man against Mandela’s record, Mandela’s inscrutable presence, Mandela’s unwavering, gracious and principled fights against all forms of injustice and bigotry, was an exercise in privileged banality and simplistic reductionism of history.

Understandably, Mr. Woods seemed carried away in an unreflective sense of a historical measurement and took a walk away from reality. Tiger can wow the crowd and adoring fans, seasonally, but Mandela’s contributions to mankind, his well-deserving mythology and gravitas will endure to the end of comprehensible history of mankind.

Shall we say, simply: Tiger Woods is famous, and has shattered a number golfing records, and carted away a dozen or so trophies. Before Tiger was even born, and for that matter decades before his deceased father Earl could play in any major golf  club, Mandela was fighting against apartheid and setting a global standard against discriminations and assorted theologies of hate. His fights in South Africa was an inspiration to Blacks in America, as I argued in my forthcoming 2021 book, MLK, Mandela, Achebe & Obama: Power, Leadership and Identity. MLKMandelaAchebe.com

Mandela challenged and overcame, institutionalized racism and what I refer to as “mechanized bigotry” in his country. More than anything else, he liberated minds. Mandela had stature and global statesmanship which the young Woods’ Grand Slam championship and Masters trophies can never buy or earn.

Where’s his sense for proportion? I have walked (in the company of Walter Isaacson, former Managing Editor of TIME magazine and later Chairman of CNN, civil rights leader Rev. Jesse Jackson, and others in March 1998, during President Bill Clinton’s visit to South Africa) inside the particular prison cell where the very distinguished Mandela was held at an isolated spot at the ignoble Robben island operated by the goons of apartheid. Mandela; I have seen the statesmanship of Mandela on issues of race relations and nation-building, and especially on forgiveness; I have seen Mandela speak his truths firmly and certainly to the face of power and privilege that it’s almost entirely obscene to compare one the most credible and respected leaders of 20th and the 21st centuries to the competitive tallies made by hitting a milk-colored ball on lush, well-tended golf courses. Pointedly put, Tiger is a golf phenom, that is, too, a unilinear personality in a particular sport.

To rank Tiger as “equal” to Mandela, in historic and present terms, was and remains a maddening leap in grandiloquence. Tiger is not, and has never been, and will never be in Mandela’s league. Yet, for those who find any value in Earl’s spin, comparing Tiger to Mandela will be like to comparing Lakers’ late Kobe Bryant or LeBron James to Martin Luther King, Jr., the late and esteemed civil rights leader.

Rather than Mandela and Tiger, it should be a comparison between Tiger Woods and one of the world’s greatest athletes of all time, Serena Williams, the lawn tennis phenom.

Or Tiger versus Michael Jordan. Where do you start: is it Michael’s unique hang time when he’s on flight for a slam dunk? I believe that hang-time is a rare moment where physics and sporting agility and creativity mesh into one dazzling show of skills and grace and power.

The fact is, were Michael Jordan a painter, we’d call him Michelangelo. He paints sporting and athletic masterpieces on the canvas of basketball courts.

But Mandela is not just about a single sport. Mandela, rock ribbed nationalist, visionary, exemplary icon in personal dignity, durable boxer, principled symbol for all believers in the inevitable triumph of committed democratic forces over any army/gang of tyranny and oppression in Africa and elsewhere, became this decade’s ultimate measure for statesmanship, leadership, character and will.  Long live, Nelson Mandela! May your lineage endure!
———— Dr. Chido Nwangwu, the Founder of USAfrica multimedia networks and public policy organization since 1992 in Houston, established the first African-owned, U.S-based newspaper published on the Internet USAfricaonline.com. He served as adviser on Africa business to the ex-Mayor of Houston, Dr. Lee P. Brown. Chido is the first continental African to be admitted to the 100 Black Men of America. He is the author of the 2021 book, MLK, Mandela, Achebe & Obama: Power, Leadership and Identity. In July 2017, he was issued a U.S. Congressional Recognition for USAfrica’s 25 years. Chido has been honored by the Washington D. C.- based National Immigration Forum for utilizing multimedia to fight authoritarianism and foster freedom of expression in parts of the African continent. He has been profiled by the CNN International for his pioneering works on multimedia/news/public policy projects for Africans and Americans. Chido247@Gmail.com   follow @Chido247