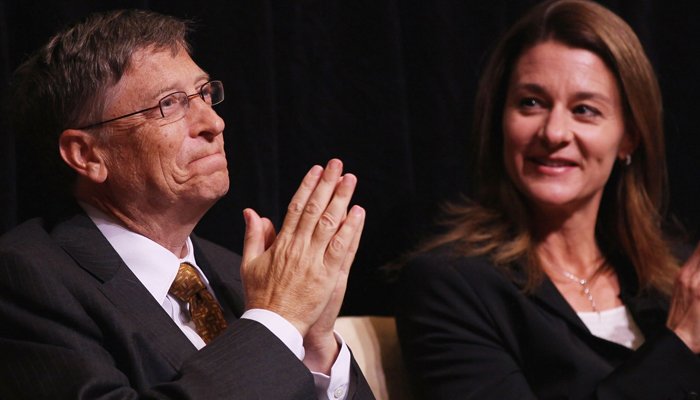 It certainly came as a shock to so many people who admire(d) the couple. Especially, the spectacular humanitarian global services and support they are giving through the Bill and Melinda Gates Foundation. More so, in the African continent and other developing areas of the world.

Bill and Melinda’s surprise (for some people it was a shocking) announcement on Monday May 3, 2021 that they have decided on divorcing was neither mentioned nor forecast by any of my creative, religio-business Pastors and Priestesses in South Africa, Ghana and Nigeria.

How could Nigeria’s export to Ghana, our big brother of Oduduwa heritage, TB Joshua, have missed this earth-shaking event?  After all Bill Gates and Melinda Gates donate more funds, offer greater technical support and do more things for the African continent than the African-born billionaires and multimillionaires. Certainly, there are Africans who have made a difference like the Gates in the lives of the people and in other continents. And there are those whose lifestyles reflect sheer exhibitionism and flashy modes; those we can classify as The-my-Mercedes-is bigger-than-yours tycoons!

As the principals and initiators of what I’ll classify as the new platform in public global service, they opened the eyes of the world, institutionally, to the possibilities of charitable foundations in the world. Regardless there are many in the world especially also in Nigeria, some parts of Africa and Latin America who believe that Bill Gates is a force for negative action. They alleged across the social media very aggressively that he’s leading an agenda and “secret” drive to control the population growth of Africans and Latinos/Latinas through medication, Vaccination an other  claims which are too far from reality.

Despite the facts of their unfolding divorce Bill and Melinda gates have assured the world that although they had made the decision to end their marriage of 27 years, they will continue to build on the achievements of their foundation:

“We have raised three incredible children and built a foundation that works all over the world to enable all people to lead healthy, productive lives…. We ask for space and privacy for our family as we begin to navigate this new life.” And,  I believe that Bill and Melinda Gates deserve the privacy they have asked for.

Bill Gates had, in the early 2000, been ranked the world’s richest person; estimated at well over $107 billion. He made most of those through technology and Software especially Microsoft operating system and Microsoft office suite.

For hundreds of millions of people around the world, Bill Gates is the most famous face who introduced the windows operating system to the world of computing. For so many people, Bill Gates represented the perfect picture of a gentleman even with his awkward and sometimes fidgety mannerisms  in front of a camera during an interview, almost any interview.

Somehow, he always managed a smile behind his big prescription, reading glasses.

He was most famous geek in the world. He was a geek as a very young kid, during his teenage years, through his youth and adult decades as the chief executive officer and chairman of Microsoft! He was emblematic of the popular goal and mission to have a Windows computer on virtually every desks across America, and most parts of the world….

In my estimation as techno-multimedia analyst, Windows mobile is not competitive.

The programmers and coding folks were slacking and missing the paradigm shift and Web 2.0 features in the Netscape and Apple’s Safari browsers!

On August 2, 2018, Apple became the first American corporation in the world to achieve a market capitalization of 1 trillion dollars and later of 2 trillion dollars. Anyway, I chose Apple MacOS since 1992, and later the mobile iOS for my iPhones, iPads and tvOS for AppleTV. They have since remained my favorite long before the techno-paradigm shift became obvious.

The trillion dollar question remains: what will Bill Gates do next?

*Dr. Chido Nwangwu, the author of the forthcoming 2021 book, MLK, Mandela & Achebe: Power, Leadership and Identity, serves as Founder & Publisher of the first African-owned, U.S-based newspaper on the internet, USAfricaonline.com, and established USAfrica in 1992 in Houston. He is recipient  of several public policy and journalism excellence honors, civic engagement  and community empowerment awards and has appeared as an analyst on CNN and SKYnews. He served as an adviser on Africa business to Houston’s former Mayor Lee Brown.  @Chido247

Special to USAfricaonline.com and the USAfrica magazine Houston. Bombshell 2021 books on Trump’s presidency. By Chido Nwangwu  We have seen a barrage of books this...